In the work reprinted below, Bolshevik leader Leon Trotsky wields his polemical sword against Labourite illusions in parliamentary reformism. References in the letter quoted by Trotsky are to Labour Party leaders Ramsay MacDonald, Philip Snowden and JH Thomas, who was also head of the National Union of Railwaymen. Dated 25 December 1925, this un­­titled piece was included in the 1926 edition of Trotsky’s Where is Britain going? The text here is from Trotsky’s writings on Britain, volume 2 (New Park Publications, London, 1974).

A foreign communist who knows Britain well and has only recently left there wrote to me the other day as follows:

During my stay in England I had numerous conversations with certain prominent left leaders on the subject of the British revolution. I brought away approximately this picture: they are sure that in the near future they will win a majority in parliament and will commence a cautious but decisive implementation of the maximum demands of the working class such as the national­ization of the mines, certain other branches of industry, the banks and so on. If the industrialists and bankers dare to resist then they will be straight away arrested and their enterprises will be nationalized too. To my question: what in this case will the fascist bourgeoisie who have the army and the navy in their hands do? they replied: in event of armed resistance on the part of the fascists they will be declared outlaws and the overwhelming majority of the British people will back the Labour Party in defence of the legal government. When I pointed out: since they will inevitably resort to arms wouldn’t it be better to prepare the working class now for such an outcome so that the armed forces of the bourgeoisie cannot catch it off guard? they replied: such a preparatory move would be a premature signal for civil war and would prevent the Labour Party from winning a majority in parliament. To the question: on which side of the barricades will MacDonald, Snowden, Thomas and their friends be, they replied: on the side of the bourgeoisie most probably. Why then do you work together with them against the communists in order to strengthen a party leadership which will betray the working class at the critical moment? To this came the reply: we think that we will nevertheless [!] retain a majority in parliament behind us and that a split by MacDonald and his liberal friends will not threaten in the slightest a favourable outcome to a peaceful revolution.

This sheaf of personal impressions and conversations is truly precious. These ­people have decided in advance to come to power in no other way than through the asses’ gate which the enemy, armed to the teeth and standing guard, has shown them to. If they, the lefts, take power (through the indicated gate) and if the bourgeoisie rise up against this legal power then the good British ­people will not tolerate this. And if MacDonald and Thomas whom the wise lefts are carrying on their backs are found by chance to be in a plot with the armed bourgeoisie against the unarmed workers then this should not cause alarm to anyone for the lefts have provided for victory in this event. In a word the brave spirits and wise men have firmly decided to conquer the bourgeoisie whatever the political combinations and at the same time maintaining the best relations with parliament, the law, the courts and the police. The only trouble is that the bourgeoisie does not intend to surrender the privilege of the legal expropriation of power to the lefts. By advancing the fascist wing more energetically, as the threat of civil war becomes more immediate, the bourgeoisie will find sufficient means of provocation, of a legal coup d’état and so on. In the final count the question is not who can best interpret laws and trad­itions but who is master in the house.

We have already shown elsewhere how trade unionism by the logic of development — and especially in the period of capitalist decline — inevitably bursts the framework of democracy. It is not possible to postpone arbitrarily class conflicts until the conquest of a parliamentary majority. Cramped by its own decline the bourgeoisie puts pressure on the proletariat. The latter defends itself. Hence the inevitable strike clashes. The government prepares strike-breaking organizations on a scale previously unheard of. The fascists link up with the police. The workers pose the question of self-defence. At this point the foundation of civil war has already been laid.

A worker writes in Lansbury’s Labour Weekly: ‘Fascism is purely and simply a military organization and is not amenable to argument. It can only be successfully countered by a similar organization on the other side.’ The author recommends taking the military organization of fascism as a model. That is correct: the proletariat can and must learn military knowledge from the enemy.

And it is from the same source — the objective sharpening of class contradictions — that the aspiration of workers to draw soldiers over to their side flows. Agitation in the army and the navy is a second powerful element in the civil war the development of which does not stand in a direct connection with the winning of a parliamentary majority. The defection of a considerable part of the armed forces to the side of the workers can guarantee the conquest of power by the proletariat without any parliamentary majority. The workers’ majority in parliament can be destroyed if armed force is in the hands of the bourgeoisie. Whoever does not understand this is not a socialist but a numbskull.

In opposition to the slogan of arming the workers the wise men of the left have scraped together all the prejudices and plati­tudes of centuries past: the superiority of the moral factor over force, the advantages of gradual reforms, the anarcho-pacifist idea of the peaceful General Strike which they require not as a means of struggle but as an argument against insurrection, and a heroic readiness...to permit violence in the so-called ‘extreme case when it is forced on us’. Obviously this means when the enemy has caught you off guard and is crushing you unarmed against the wall. 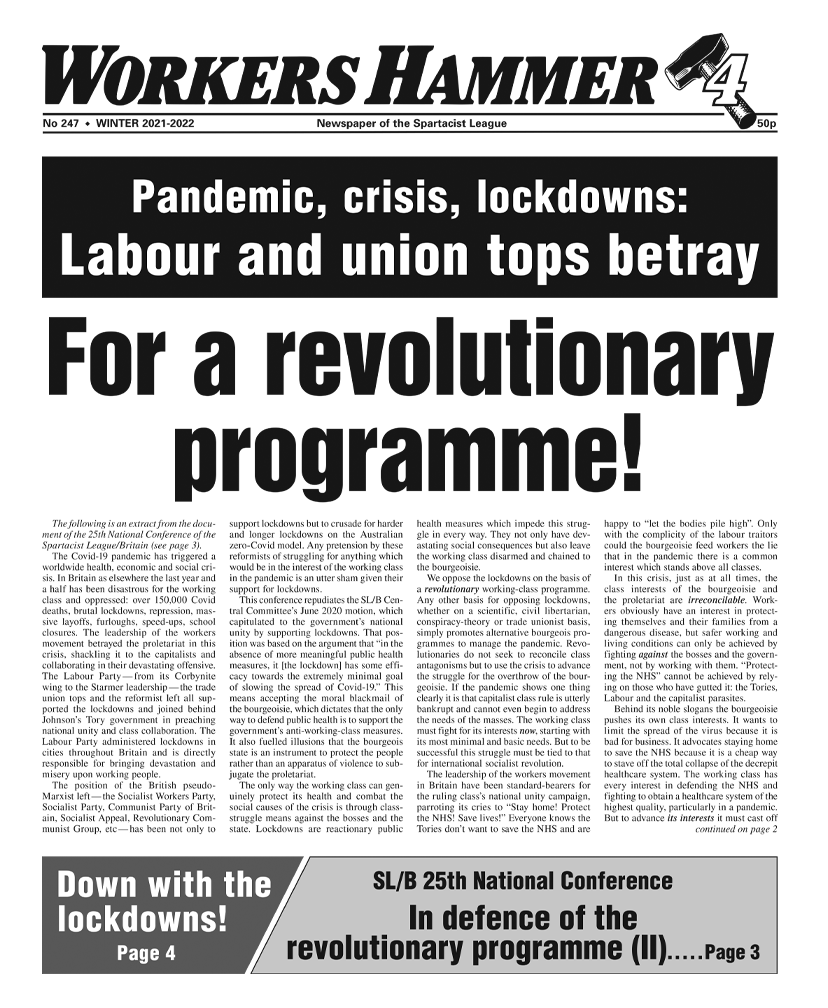